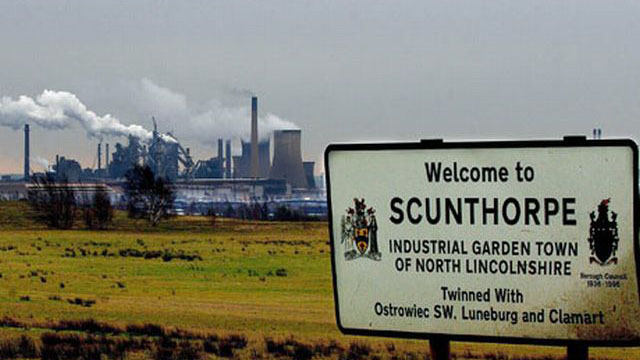 Tata Steel is planning to sell its Long Products division, which employs 6,500 people in the UK and Europe. Indian-based Tata saidit had signed an agreement with Klesch Group, a company with headquarters in Geneva, which it hoped would lead to a sale.

The division includes operations in Scunthorpe and Teesside in England, and Dalzell and Clydebridge in Scotland.

It also includes sites in Workington and York, as well as other operations in France and Germany.

But the company’s sheet and speciality steel operations in South Wales and South Yorkshire are unaffected.

The Long Products division manufactures transport rails and steel sections for use in construction, heavy industry and excavation, and accounts for about a third of Tata Steel’s UK employees.

Tata has signed a memorandum of understanding with the industrial and commodities investment company, Klesch Group, formalising its intention to agree a sale.

“We will now move into detailed due diligence and negotiations, though no assurance can be given about the outcome,” Karl Koehler, chief executive of Tata Steel’s European operations, said in a statement.

The Klesch Group, run by US billionaire investor Gary Klesch, is also investing in an oil refinery in Milford Haven in Wales and already operates two steel plants in northern Italy.

In a statement, Mr Klesch said: “We believe there is a growing market for the first class products made by this business and we intend to capitalise on this demand.”

Tata Steel said it would consult trade unions throughout the process.

However, Roy Rickhuss, general secretary of the steelworkers’ union Community, said members were not satisfied.

“We’re extremely disappointed with the way that Tata Steel have handled this announcement, which does not reflect well on Tata’s values,” he said.

The three unions covering Tata’s UK workforce, Community, Unite and the GMB, said in a joint statement: “Tata Steel has failed to consult at all with the trade unions before making this move, which could have serious consequences for employees and contractors right across Tata Steel, not just within the Long Products business that it wants to sell.”

Following a sale the company said it would refocus its resources on its other two European divisions – stripped products and speciality steel.

Tata’s stripped products business makes sheet steel for domestic appliances, the automotive industry and consumer electronics and is based mostly in South Wales and the Midlands. Its speciality steel business in South Yorkshire provides premium products for the automotive and aerospace industries.

Demand for steel has only partially recovered in the wake of the financial crisis and in July Tata announced the loss of 400 jobs at Port Talbot in Wales.

Mr Cameron said he was “very happy” to hold discussions with the cross-party group of MPs about “this vitally important issue” after being asked to do so by Labour MP for Scunthorpe Nic Dakin.