What is the relationship between pay rises and inflation? 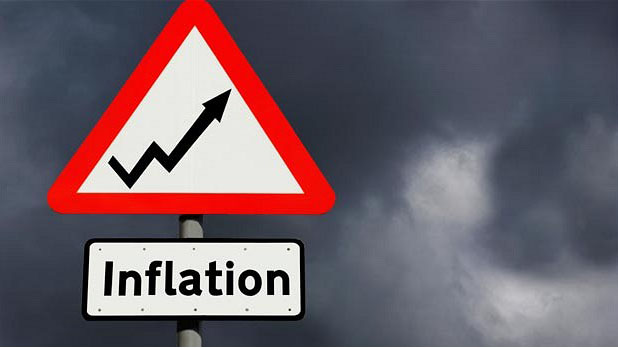 In recent days there has been much speculation about the prospects of a ‘wages-prices spiral’ emerging in the UK economy. This has been fuelled by statements from the Bank of England and the Treasury, and data from IDS on the level of pay settlements has been used to support this. The IDS approach to analysing pay settlements is evidence-based and we describe the picture as we find it. The current picture is that settlement levels in the private sector have picked up – on the back of higher inflation and in a period when recent economic performance in many sectors has been robust (though bets are off as to what will happen in the future). However the IDS data does not support the contention that we may somehow be witnessing a return to the 1970s, when wage rises sought to keep pace with spiralling inflation and, in some accounts at least, fuelled this.

The real picture on pay settlements, and the relationship with inflation, over the past 18 months is roughly as follows. Inflation rose sharply at the end of 2006, to over 4 per cent on the main RPI measure. Pay settlements responded very soon afterwards, and our median measure of pay rises – which had been at or around 3 per cent since the late 1990s – rose sharply too, to 3.5 per cent. It pretty much remained there until April 2008. Since then, the median settlement has risen higher, to 3.8 per cent. The main influence on the rise is the number of higher-level increases being awarded in sectors such as chemicals, engineering and the utilities.

In addition, we have found that a range of leading firms, in different sectors, are awarding higher pay increases in 2008 than in 2007. Firms paid comparatively lower increases last year partly in the expectation that inflation would fall. That it has remained high, and that the outlook for food and fuel prices means that the inflation picture is likely to remain volatile, is a factor behind higher 2008 pay awards in comparison with 2007. Increases under long-term deals, with a specific link to RPI inflation, have also driven the rise in the median, though such arrangements are an established part of many private firms’ approach to wage-setting, and are in no way a novel development.

These figures are for the economy as a whole. However, if we compare private sector settlement levels with those in the public sector, there is a gap of a little over 1 per cent on average. This is due mainly to the Government’s determination to keep public spending under control, and it has deployed arguments about the relationship between pay rises and inflation in order to achieve this. As more public sector awards are made at comparatively lower levels, it may well be the case that the whole-economy median will be revised down. But the private sector developments outlined above are still a key part of the picture, and our expectation is that private sector settlements will maintain their lead on those in the public sector.

However the current picture is a long way from describing a ‘wages-prices spiral’, if such a phenomenon can be said to have ever really existed. We need to be careful to avoid any such generalisation about the impact of a single pay agreement, such as that for oil tanker drivers, which is as much the product of special circumstances as it is of the broader economic backdrop. Inflation in the UK economy is currently being driven by external factors, principally prices for food and fuel, rather than by domestic considerations. On the main RPI measure, the one that is used almost universally in the private sector for pay bargaining, it stands at 4.3 per cent in the year to May 2008. In the 1970s, by contrast, inflation was frequently in double-digits. And while wage rises followed it upwards, as employees tried to maintain the purchasing power of their salaries, they never matched it.

Today, inflation has risen and may continue to do so, but remains at much lower levels than in the 1970s. Just as in previous periods of higher inflation, private sector settlement levels have moved upwards following the rise in inflation, but overall they have tended to remain just below the RPI line. In the past we have commented that settlement levels ‘hung like washing’ from the hoisted inflation line. This is the broad picture at present. Some of it is explained by the time lag between the release of the inflation statistics, but also by the different circumstances facing firms – affordability and market factors, as well as whether there’s collective bargaining or not.

The data on pay settlements is important for economic decision-making, but commentators on all sides need to be cautious when drawing conclusions from it. And it certainly doesn’t follow from the recent modest pick-up in settlement levels that we’re returning, a bit like Sam Tyler in the BBC sci-fi serial ‘Life On Mars’, to a version of the 1970s.